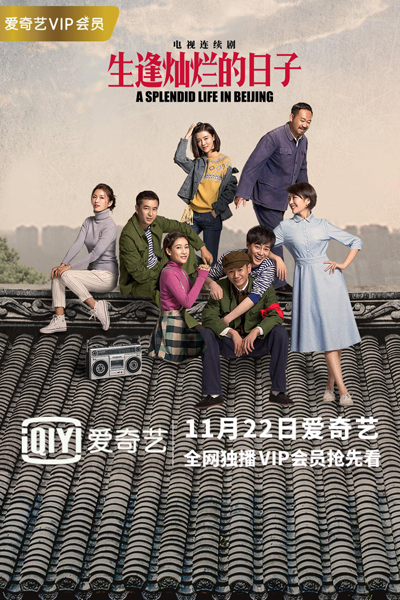 A Splendid Life In Beijing depicts the life of four brothers from their young years in the 1970s, when they grow up as ordinary people in Beijing’s alleys, till their fourties. Misfortune strikes when the oldest brother accidentally kills his neighbor with a fruit knife while fooling around. He has to pay for his actions and goes to jail. The second oldest brother’s dream is to have his own successful business. He starts out by buying and reselling mung bean sprouts, then opens his own mutton stall and later enters the fashion market. Even though his businesses continuously fail, he doesn’t give up. But he doesn’t only show persistence towards his work, he’s also persistent in pursuing his love. The second youngest brother throws himself into the stock market right after graduating from university. At the same time, he becomes entangled in a love triangle. Finally, the youngest brother has asthma and stammers. In order to not be a burden to his family, he trains hard and diligently practices tongue twisters and comic dialogues. He later becomes a postman and finds his true love through his job.
Cast Stars
View More Video Show All Episodes
Comments
Comments
Follow us on
News Telegram